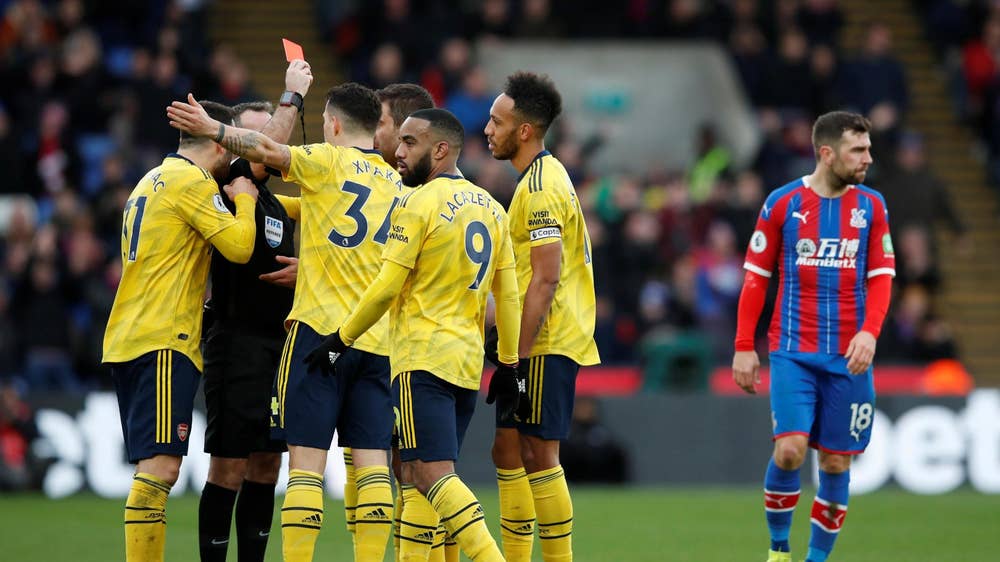 Crystal Palace were able to hold ten-Man Arsenal onto a 1-1 draw at the Selhurst Park Stadium after Pierre-Emerick was sent off for a dangerous tackle on Max Meyer.

Following a lengthy VAR check, the Arsenal captain was given his marching orders with the scores level.

Aubameyang had given the Gunners the lead in the first half before a Jordan Ayew equalised for Palace with a deflected strike.

Here is the official word from PGMOL on Aubameyang's red card:

In the 65th minute of Crystal Palace v Arsenal, Pierre-Emerick Aubameyang was shown a yellow card for a challenge on Max Meyer by referee Paul Tierney.

See Also | REVEALED! Why Emery Chose To Get Rid Of Iwobi Last Summer

The VAR looked at the incident and determined that the point of contact and the intensity of the challenge endangered the safety of the opponent and recommended upgrading the yellow card to a red card for serious foul play.