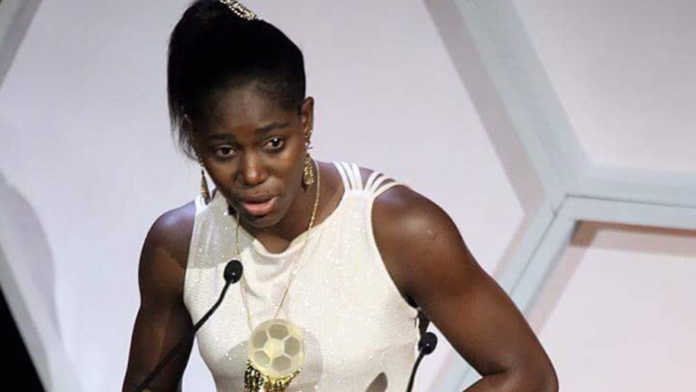 Super Falcons star Asisat Oshoala’s name has appeared in the 100 best female footballers in the world for 2018, according to a report from The Guardian UK.

Super Falcons coach Thomas Dennerby and Nigerian sports writer Rachel Ugiagbe, the editor of Ultima Sportsnet, were among the contributors in the process that produce the 100 best female players on the planet.

On the three-time African Women's Footballer of the Year, Oshoala, the newspaper wrote: ”Oshoala's move to China raised eyebrows but the goals have not stopped coming for the former Liverpool and Arsenal striker.”

Her form was the key factor in Dalian's second successive Chinese Super League win, a hat-trick at Shanghai putting them in control of the title race.

The Nigerian found the net 10 times overall as her club completed the domestic double. She spent November at the Africa Women Cup of Nations, where another treble in Nigeria's final group game propelled them to the final four.

Compared to the 2017 rating, Oshoala's ranking did not get better as she placed 61st last year.