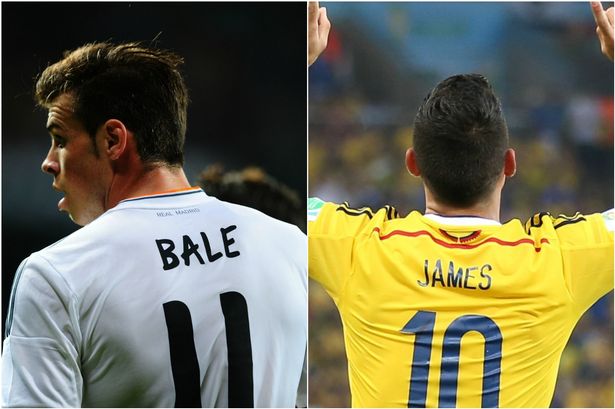 Zinedine Zidane is geared up to embark on an entire squad overhaul at Real Madrid as he looks to return Los Blancos to the summit of world football.

And as per reports from Spain, the Frenchman could part company with as many as THIRTEEN PLAYERS to free up both space and funds.

Gareth Bale and James Rodriguez are two players who have been linked with transfers away in recent months.

Marca reports that Bale and Rodriguez aren't the only players on the chopping block this summer, as eleven other stars are set to make way.

Also, Paul Pogba, Eden Hazard, Christian Eriksen and Ferland Mendy have all be linked with transfers to Real Madrid, while Eder Militao is in the process of signing.