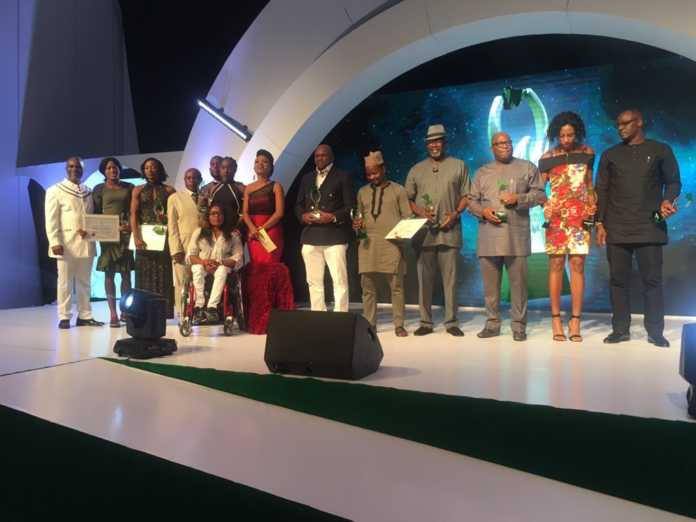 D'Tigress star Evelyn Akhator, table tennis star Aruna Quadri and Super Eagles forward Ahmed Musa are among the winners who emerged at the 2018 Nigeria Sports Awards held at the Banquet Hall of the Eko Hotels on Friday.

Esther Onyema won the Special Sports Person of the Year.

Sprinter Joy Udo-Gabriel won the Discovery of the Year while Adekuoroye won the Wrestler of the Year award.

D'Tigress won the team of the Year ahead of the Super Eagles and Nigeria's Bobsled team while Seun Adigun won the Team Sports Person of the Year.

Tobi Amusan won the Track and Field Sports Person of the Year and Feyisetan Are won the Coach of the Year after edging out Super Eagles coach Gernot Rohr and D'Tigress coach Otis Hughley.

President Badminton Federation of Nigeria Francis Orbih was awarded the Sports Administrator of the Year.

The Sports Governor of the Year was also won by Rivers State Governor Nyesom Wike.