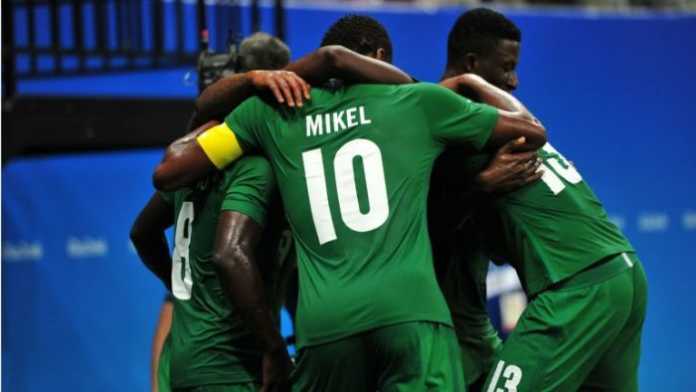 As we countdown to Russia 2018, we take a look at all 32 teams and suggest a reason to back them. With 24 days to go to the big kick-off, today is the turn of Nigeria.

Any Ireland fan recalling USA 94 will doubtless be flooded by golden memories of Houghton, McGrath, the Giants Stadium, Aldridge, water bottles, peaked caps and f-words, but we were hardly the great entertainers of that tournament.

Nigeria – along with Romania and the Bulgarians – were one of the underdogs you loved to watch and they provided some brilliant moments in the States.

It was the first time the Super Eagles had made the World Cup and had they shown a little more ambition against the big boys, they could have progressed further than the last 16, where a Roberto Baggio-inspired Italy beat them 2-1 in extra-time.

They've been a part of every finals bar one (Germany 2006) since that maiden adventure and were the first African side to make it to Russia.

Nigeria are a formidable attacking threat, and wily old German Gernot Rohr has instilled a confidence and solidity to the unit that helped them ease through qualifying, despite being sanctioned by FIFA for fielding an ineligible player (suspended right-back Abdullahi Shehu) in their last game against Algeria.

They were fined and had to forfeit the game 3-0 – a game they'd drawn 1-1 – so were lucky they'd enough points on the board for that to be immaterial. Nigeria just never seem to do things easy.

In Brazil four years ago their campaign descended into farce when players boycotted a training session over a row about at the non-payment of bonuses they were due for qualifying. That forced the country’s then sports minister to jet into South America with the cash.

There was a similar fallout in France 98, and Rohr even warned against a repeat in the wake of their qualification for Russia: “The issue of bonuses and allowances, which are the usual African problem we see during the World Cup, must be avoided. Such issues will be bad for our preparation.”

Off-field drama aside, there's talent in the ranks.

Arsenal's Alex Iwobi, John Mikel Obi (now in China with Tianjin TEDA, formerly of Chelsea), Leicester City's Wilfred Ndidi and Kelechi Iheanacho and the versatile Victor Moses, plying his trade at Stamford Bridge, are familiar faces for fans of the Premier League, so there's no shortage of ability.

But they'll have their work cut out in a tough Group D.

In an odd quirk, Nigeria have been drawn in Argentina's group in five of the six World Cups they've made and they have lost every time to the South Americans.

They also have to overcome Croatia and Euro 2016's breakout stars Iceland.

Great going forward, leaky at the back, Nigeria are unlikely to go too far this summer but they're always good to watch.

They also have a funky retro kit to get excited about and they beat the Argentinians 4-2 in a friendly last November. Tune in for that one at least; the final game in the group.

The Super Eagles are back on the big stage.