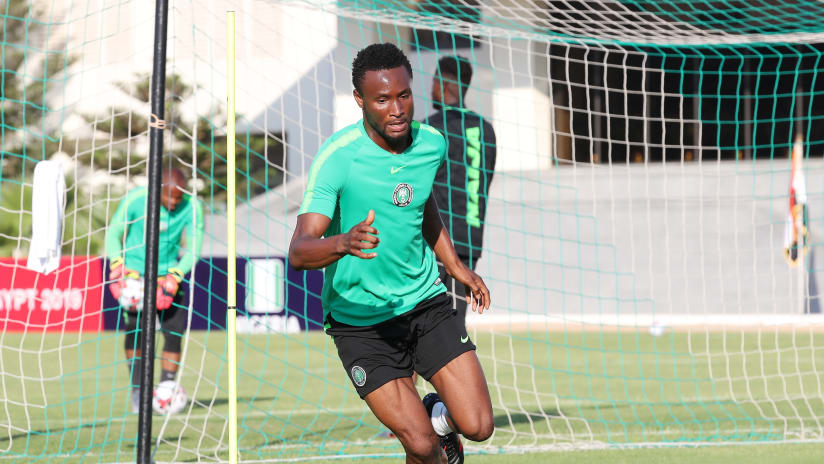 Captain of the Super Eagles of Nigeria, Mikel Obi has shown signs of returning in action for Nigeria when they take on South Africa in a Quarter-final encounter at the ongoing Africa Cup of Nations in Egypt.

The 32-year-old was seen in the Super Eagles' light training that was held on Sunday morning during the team's recovery session.

Recall that Mikel sustained an injury when Nigeria played against Madagascar during the group stage where the Eagles eventually lost 2-0.

The skipper was substituted with Alex Iwobi after playing for just under an hour.

Coach of the team, Gernot Rohr confirms his excitement over his captain's speedy recovery and hopes to field him against the Bafana Bafana.