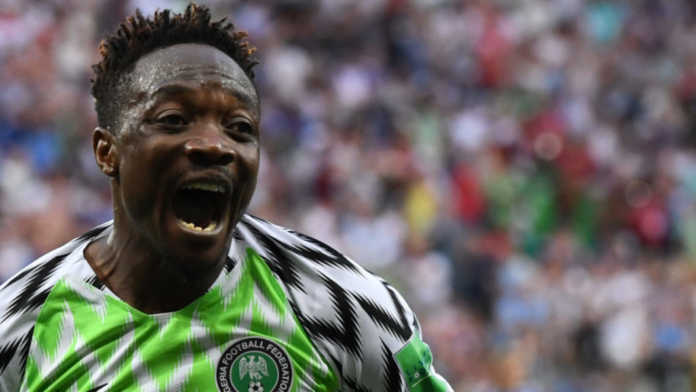 Ahmed Musa is in good scoring form for his club ahead of the 2019 Africa Cup of Nations qualification match against Libya on October 12 in Uyo, Akwa Ibom State.

Coach Gernot Rohr is hopeful that Musa will deliver when it matters against the Mediterranean Knights whom the Eagles need to overhaul in the double-header, and put themselves in a commanding position in the group E qualifiers.

Musa and Odion Ighalo are in good scoring form for their respective clubs. Musa scored his fourth goal of the season for Al Nassr FC of Saudi Arabia, in their 5-1 win over Al Hazm on Friday.

Musa has shown some regularity in front of goal in recent times, scoring 7 goals in his last 10 competitive games for both club and country.

Ighalo has been on fire in the Chinese league and he helped Changchun Yatai with a brace in their 3-3 draw against John Obi Mikel's Tianjin Teda in Saturday's Chinese Super League game.

“We have two crucial games against Libya. It's crucial that we get positive results over the two legs and try to qualify for the competition as early as possible.

“Any of the invited players can get the job done as we enter the crucial bend of the qualification for AFCON,” Rohr said.