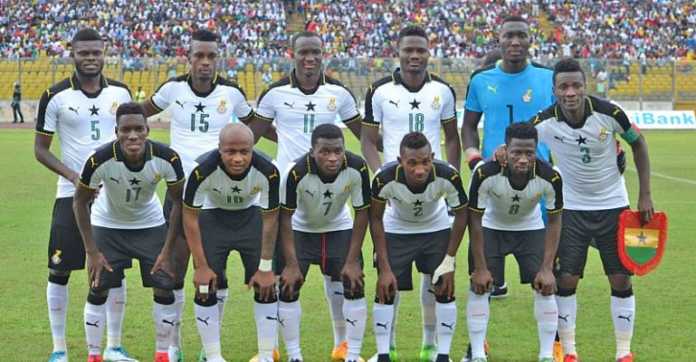 The squad is said to be made up of two goalkeepers, six defenders, eight midfielder and four strikers.

It may interest you to know that the Ayew brothers – Andre Dede and Jordan Ayew – have been recalled into the team following a year time away.

The brothers last featured for Ghana on September 11, 2017.

The four-time African champions will play as guest to the Waliyas of Ethiopia at the Addis-Ababa National Stadium scheduled to take place on November 18, 2018, at 13:00 GMT.

The Black Stars need nothing short of victory to increase their chances of qualifying as they lie third in Group F with 3 points after two games.

Ghana’s doubleheader vs the Leone Stars of Sierra Leone last month failed to hold as the latter’s Anti-corruption commission rejected FIFA’s demands to have Isha Johansen and Christopher Kamara reinstated as the President and General Secretary of the Football Association respectively.

However, it remains uncertain whether Ghana will be handed six points or the game would be replayed.