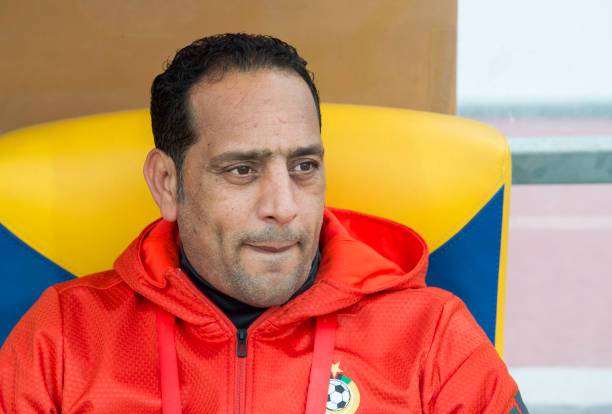 Libya’s interim coach, Omar Al-Maryami is convinced that the Mediterranean Knights will retaliate their 4-0 loss to the Super Eagles in Saturday’s 2019 Africa Cup of Nations qualifier when they host Nigeria in the second leg fixture tomorrow (Tuesday) in Sfax, Tunisia.

Al-Maryami took over from Adel Amrouche who resigned five days before the Uyo game.

Al-Maryami says Libya must attack Nigeria to stand a chance of winning.

“We were unlucky not to have scored minutes after we conceded, but this result hasn’t changed anything. We have a good team and we will fight,” Al-Maryami told Completesports through an interpreter shortly before they left Uyo for Sfax.

“We have a young squad that is very ambitious. We lost the game due to some little details and the first goal we conceded affected us.

“Unfortunately, we lost three points but we are sure of taking them back in the second leg, but we must attack the Nigerian team to score.”

The Mediterranean Knights are third in the Group E of 2019 AFCON qualifiers with four points from three matches, while the Super Eagles are second with six points. South Africa lead the group on seven points, while Seychelles remain at the bottom of the group.