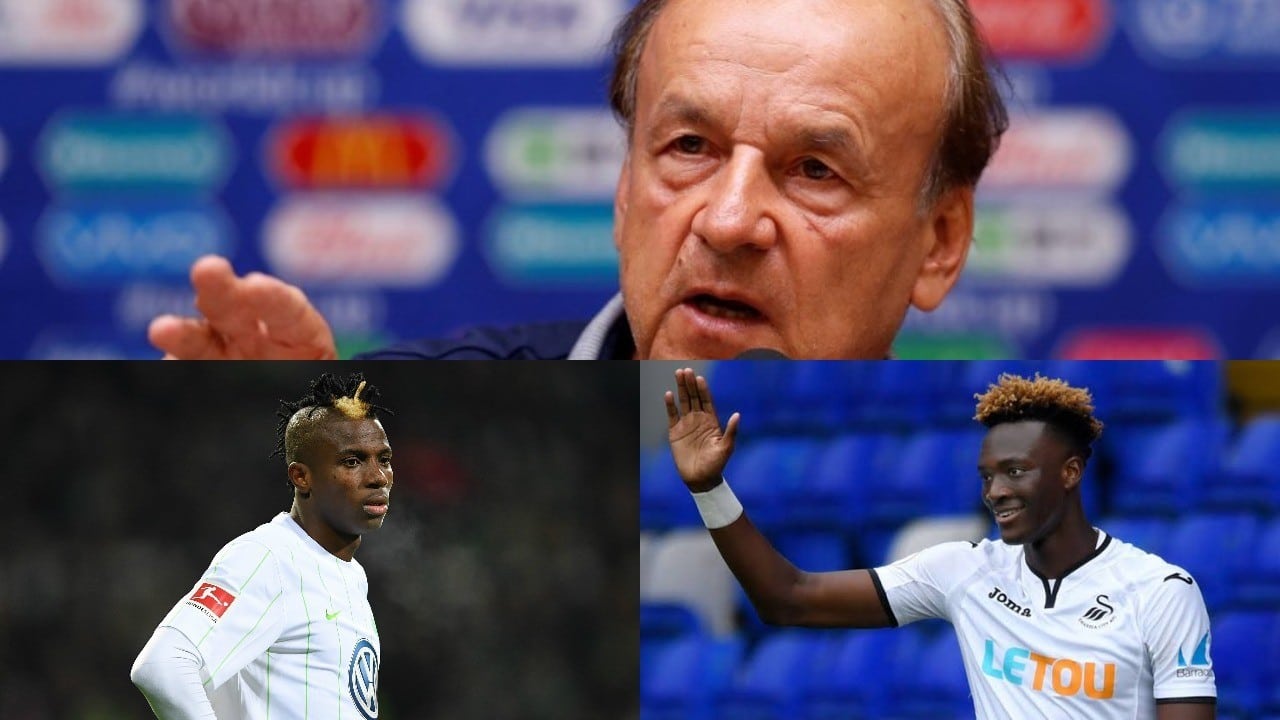 Super Eagles head coach, Gernot Rohr has said Tammy Abraham would have played second fiddle to Victor Osimhen even if he had chosen to play for the National team.

Abraham made his competitive debut for England in their 1-2 loss to Czech Republic last night, making him ineligible to play for Nigeria despite lasting a little over three minutes in the match.

Speaking to Own goal, Gernot Rohr said had Abraham chosen to play for Nigeria he would have had to earn his place like others who switched allegiance.

He said: “Abraham would have improved our team because he is a quality player but he still wouldn’t have picked an automatic shirt to start.

“Osimhen now has it and he will have to earn it. Like others who switched allegiance did, the likes of Tyronne Ebuehi and Ola Aina.

“His loss is not something we can’t do without. We wish him well with England.”