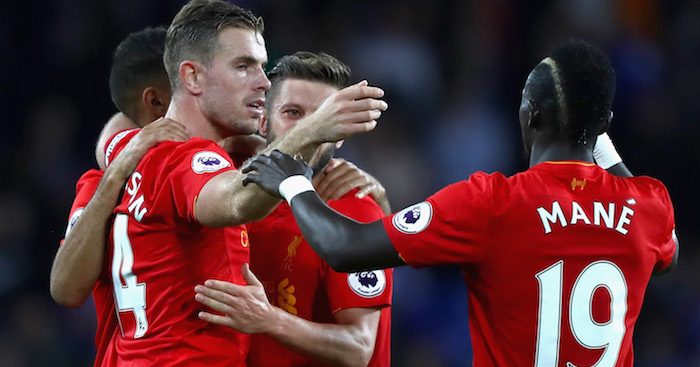 Adam Lallana should leave Liverpool if he hopes to reignite his career and the England international would be a perfect fit at Manchester City, that’s the view of Premier League pundit Danny Mills.

According to Express Sport, Lallana fears he has no future at Anfield under Jurgen Klopp.

Lallana could return to boyhood club Southampton this summer with the 31-year-old currently contracted to Liverpool until 2020.

But Mills believes he would fit right in at the Etihad under Pep Guardiola.

“You almost forget about him but he is very gifted and a talented footballer,” Mills told Football Insider.

“I would almost say he more fits the Man City style, he’d be perfect for them with his short, darting runs and clever runs in behind.

“As you start to get older, you realise you are not invincible and your career is not going to go on forever.

“Liverpool will definitely want to keep him but it might come down to him wanting to reignite his career.

“If that’s the case, he’s going to go. He’s such a good player he won’t be short of interested clubs.”

City without a doubt have the cash for Lallana with the Reds expected to ask for something like £13million for the midfielder.