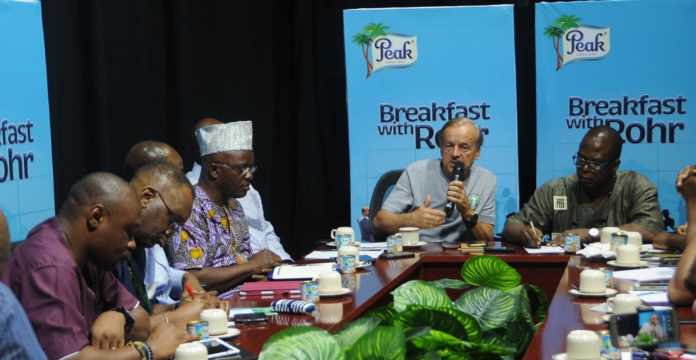 Super Eagles coach, Gernot Rohr has announced his target for the 2019 African Nations Cup which is to at least reach the semi-final of the tournament.

While speaking on the programme streamed live from the HS Media's Studio to a global audience via YouTube, Twitter and Facebook, Rohr avoided making a categorical statement of winning the 2019 AFCON in Cameroon.

The Coach maintained, “it is the dream of every team at the competition to win the title, but it will not make much a sense to make a promise because other teams are also in the tournament to win.

“We have a good chance to get to the semi-final at the 2019 AFCON but we can't be sure to win. It's a young team, we should be realistic but once we reach the semi-final then winning the title is no longer far from us.”

Speaking on his team captain, John Mikel Obi who is yet to play for the team after the Russia 2018 World Cup, Rohr said: “Mikel told me after the World Cup that he wants to take a break and after then he also had an injury that was why he was not invited to the squad.

“However, he is still the team's captain and once he is ready to come back, he will still have a place in the team,” he added.