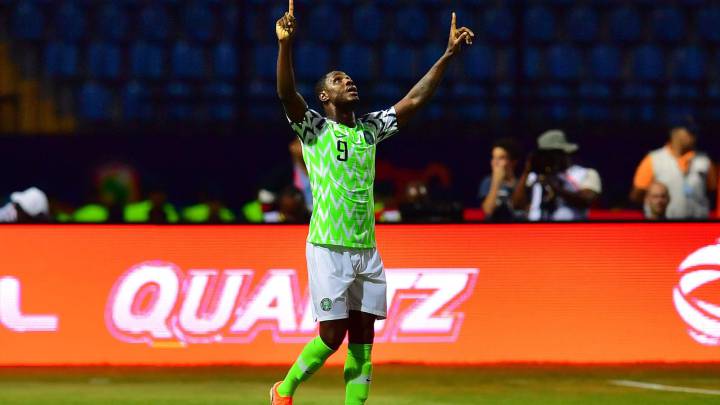 Odion Ighalo was gifted an early goal as Super Eagles claimed third place in the Africa Cup of Nations with a 1-0 victory over Tunisia.

Striving to maintain their perfect record in AFCON third-place play-offs, the Super Eagles were presented with the lead when Tunisia goalkeeper Moez Ben Cherifia and defender Yassine Meriah combined to team up Ighalo.

Wahbi Khazri looked sharp as Tunisia rallied, and created his side's best chance when he set up Firas Chaouat for what should have been a simple finish early in the second half.

Chaouat could not take advantage, though, and while Ben Cherifia's fine save from Samuel Chukwueze kept Tunisia's hopes alive, Gernot Rohr's side had little trouble holding on to their lead.

The West African side had the lead inside three minutes, Ighalo tucking home after Ben Cherifia and Meriah made a mess of Jamilu Collins' cross.

Tunisia responded well and would have been level had Ferjani Sassi's header not been cleared off the line.

The former Watford striker's game came to an end at half-time when he appeared to suffer a hamstring injury.

Khazri's magnificent through-ball put Chaouat through on goal a minute into the second half, but with only the goalkeeper to beat, Tunisia's substitute lashed into the side netting.

Chukwueze's long-range strike looked to be creeping in just after the hour, but Ben Cherifia made an excellent save at full stretch.

Ghilane Chaalali bundled himself into shooting range as full-time approached, though a weak effort wide of the upright was all he could muster as Tunisia ended their tournament with a whimper.