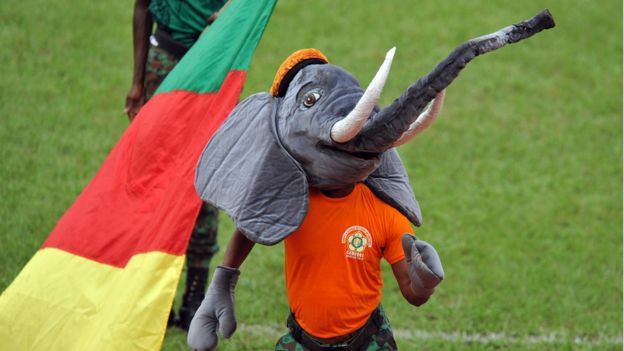 Africa is a continent that is blessed with a lot of wildlife and most of its team that will play the Africa Cup of Nations have branded their teams with names of animals to show their pride. We take a look at these names.

The prestigious AFCON tournament started yesterday in Egypt, with 24 countries – all with different monikers and ‘animals' battling on the field for the glory.

From the lion to the snake, leopards to elephants, all of them will be at this year's tournament.

African football is notable for its nicknames and giving attracting names to their teams – not only do they give identity to the fans, but they also help motivate players. Team nicknames, alongside colourful fans and drums, are part of the very essence of the AFCON tournament.

These are the names of some famous names that might amuse you.

The name Super Eagles is a nickname of the Nigerian senior team. The team derives its name from the eagle on the country's coat of arms. To make their eagle pride known, they branded their jerseys to be eagle look alike.

Tunisia are simply known as the Carthage Eagles because of their historic link with the Carthaginian civilisation, whose national symbol was the eagle. The eagle is regarded to be of strength an power and Tunisia will want to see power, agility and strength in their players, all characteristics associated its name.

The four-time winners of the competition, Cameroon is not left out as they brand their team with a good name and it has been working for them, in strength, power.

This animal is the national emblem of Cote d'Ivoire due to the country's past prominence in the ivory trade Benin. The team is tipped to be one of the favourites to win the competition with the likes of Wilfried Zaha playing for them.

The host nation, Egypt should not be left out as the name The Pharoahs respecting rulers which is a strong tradition in Africa – and so it is no surprise to find teams named after them.

We are now waiting to see how the Lions will roar, Dogs bark, Eagles soar and the rest of them not forgetting how the Black Stars will shine on the deserts.