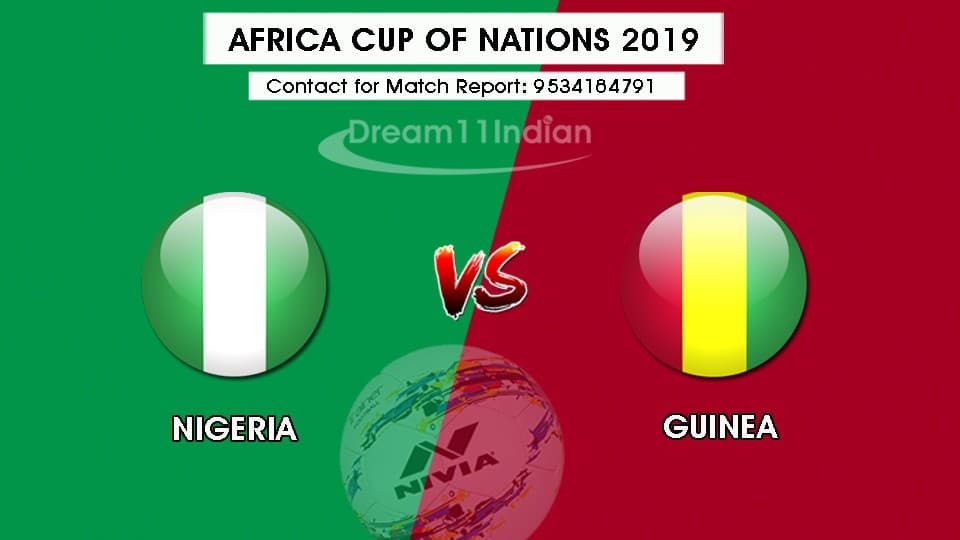 The Super Eagles have a last-16 spot in their sights as they take on Guinea in their second Group B outing at the Africa Cup of Nations.

A late 1-0 win over tournament debutants Burundi in their opener leaves Nigeria in a strong position ahead of their encounter with Guinea, who drew 2-2 with Madagascar last time out.

It took the West African nation 77 minutes to find a way through, with Odion Ighalo's goal proving the difference between the sides at the Alexandria Stadium.

And next up is what should be an even tougher game against a Guinea side that are ranked 63rd.

Ighalo’s inspired victory made it five wins in a row in the Africa Cup of Nations – their longest-ever streak in the competition.

A defeat to Gernot Rohr's side and victory for Madagascar over Burundi will see Guinea drop to third.

Guinea are now winless in their last six games in the AFCON, drawing four of those. Their last success in the competition came back in 2012 against Botswana.

It has also emerged that Shehu Abdullahi's may no longer be able to continue playing for the Eagles because of a hamstring issue that will be monitored.

As for Guinea, Put will definitely have to take a risk on the fitness of key player Keita in what is a huge game for his side.

The two sides have only met once before at the Africa Cup of Nations – a 1-1 group-stage draw in March 1976.

The three-time African champions are winless in their last four meetings with Guinea in all competitions after losing none of the previous eight.

Not since October 2011 have the sides met, with Victor Obinna and Ikechukwu Uche scoring for the Eagles in a 2-2 draw.