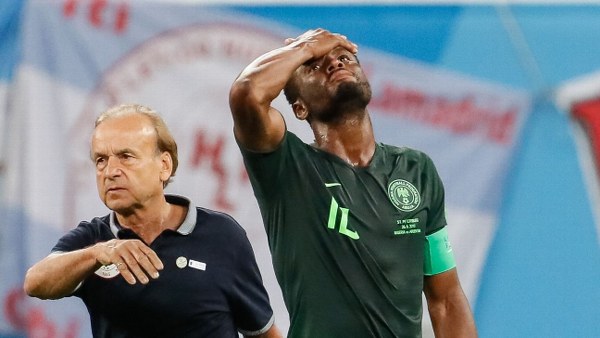 Super Eagles, John Mikel Obi has been informed that he will not be given an automatic shirt in Nigeria’s squad to next year's Africa Cup of Nations in Cameroon, but the Nigerian skipper will have to work for a spot on the final list.

This warning is coming from Eagles' technical adviser, Gernot Rohr, who stressed that Mikel will have to prove like every other player that he deserves a place in the squad.

Rohr admitted that the Tianjin Teda of China midfielder has been battling some fitness issues of recent, which ruled him out of the Eagles' last four matches, but the Franco-German tactician insists the right way to judge a player who is ready a major competition with the national team is regular action at club level.