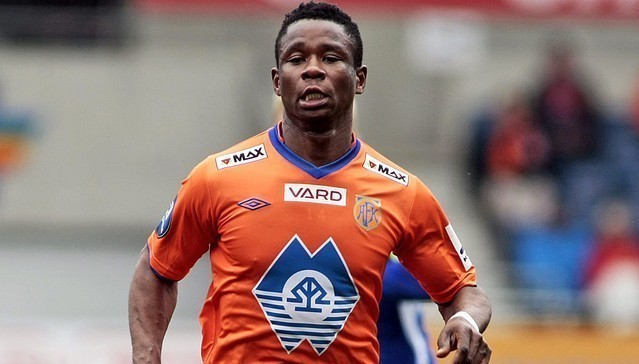 Molde FK forward Leke James says he can perform better for the Super Eagles if given the opportunity by the senior male national football team head coach, Gernot Rohr.

James who plays in the Norwegian top-flight “Eliteserien’’ told newsmen on Sunday in Abuja that the opportunity to show what he can do is all he needs now.

“I have more than what it takes to break into the Super Eagles team and to play regularly as part of the team’s striking force. It’s just the opportunity.

“I can do better than many of the players many Nigerians have on their radar now for the national team going for the 2019 Africa Cup of Nations (AFCON) in Egypt,’’ he said.

James said Super Eagles’ present strikers were only being considered ahead of him on the basis of past glories.

“Let me use Odion Ighalo as an example in this case. Ighalo had already made his mark before going to China. So, he is not being assessed on the basis of his performance in China or the quality of the league.

“So, in the case of others like me, the fact that we play in the Norwegian league, which many of our people hardly watch or know about should not be a yardstick in assessing us,’’ the former Golden Eaglet player said.

James was signed on by Molde from Beijing Enterprises FC of China in 2018 by current Manchester United boss Ole Gunnar Solksjaer.