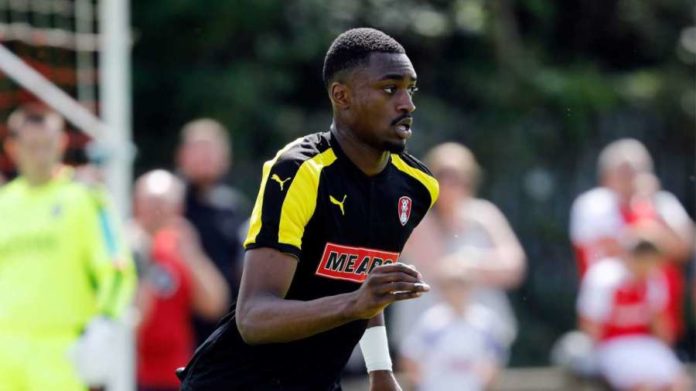 Semi Ajayi says he honoured to represent the Super Eagles of Nigeria but was not expecting a call-up.

Ajayi was one of the newcomers on Gernot Rohr's list as he was not part of the team to the 2018 FIFA World Cup.

Even though he received a call-up to the Nigeria U-20 squad for the Toulon tournament in 2013 the young defender is in line for his first appearance for the senior team.

In a report, Ajayi revealed that he is happy to have been called up to the team but was not expecting it.

He said, “I'm over the moon. It's the greatest honour to be able to represent your country and I'm looking forward to linking up with the squad.

“I've played for the under 20s at the Toulon International Festival and that was a great experience but it's even better to be called-up to the full squad.”.

Ajayi, who joins fellow new boys and Jamilu Collins, stated that upon receiving the call-up to the national team by the assistant manager that he was short of words and has always been aiming to represent the Super Eagles.

“I wasn't expecting it, I had no idea. I got a call during the week from the assistant manager asking me if I'd like to represent Nigeria and I was delighted.

The 24-year-old who can play as a holding midfielder will hope to make his first Super Eagles appearance when they take on Seychelles in a qualifier and the friendly encounter against Saudi Arabia.