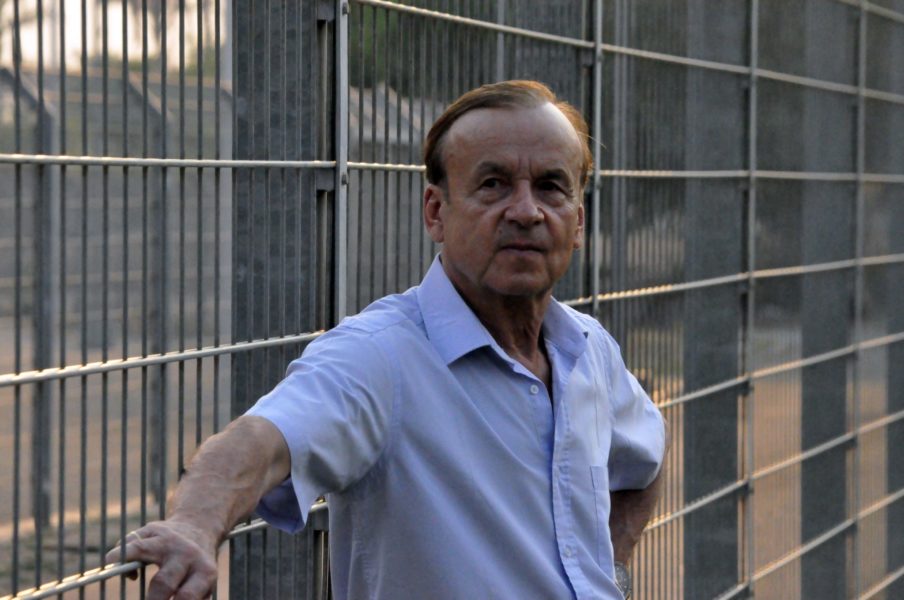 Following Nigeria’s agonizing loss to Algeria in the Semifinal of the Africa Cup of Nations on Sunday, Super Eagles coach Gernot Rohr has revealed he will decide on his future after the third-place match against Tunisia on Wednesday.

The former Gabon manager who has a year left on his contract has been heavily criticised for his tactics and selection of players in the tournament.

Ex-internationals including Idah Peterside and Segun Odegbami have all called for Rohr’s resignation after the tournament.

However, as per Soccernet.ng, the German tactician has revealed he is in no rush to decide his future and will only make a decision after the third-place match against Tunisia.

Speaking to BBC, Rohr said he will sit down with NFF before making a decision on his future.

“There is no hurry because we want to finish third now. We will take a look at my overall results after the third-place match,” Rohr said.

“I’m still under contract for another year, so we will see what is decided together.

“There are positives for us to look at on this journey, but after this final game we can think and then talk about the future.”

The former Bordeaux manager also revealed the team is at a good level despite their semifinal exit and hinted he will give players who haven’t played yet a chance in the game against Tunisia.

“The team is already on a good level. After the World Cup, we tried to rejuvenate the team,” the 66-year-old added.

“When you’re playing in the semi-final of this big tournament you are already at a very good level”.

“I also want to see the players who couldn’t play in this tournament yet, to finally have a team where everybody played.”