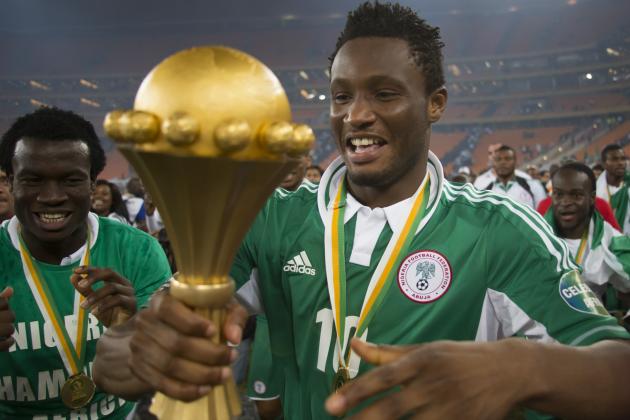 Mikel John Obi has declared that he rates his Africa Cup of Nations title more than any of his Premier League trophies won with Chelsea.

The Super Eagles captain played in all six matches in South Africa 2013 where Nigeria won their third AFCON title.

At Chelsea where Mikel spent 10 years before leaving in January 2017, he won 11 trophies including two Premier League titles and a Champions League.

At an event to relaunch his Mikel Obi Foundation, journalists asked Mikel where he puts his AFCON title among his numerous trophies and the midfielder revealed that it comes only after the Champions League.

“I think for me when I tell people about my trophies that I won, my Champions League and My AFCON are the best two for me,” the 31-year-old said, responding to the question from a Pulse Sports journalist.

“I would take my AFCON more than the Premier League for me. Growing up as a kid, I wanted to always win something for Nigeria and winning that AFCON is the second best moment of my career.”

Mikel spent 10 years at Chelsea and won a total of 11 titles including two Premier League titles and a Champions League before leaving in January 2017.