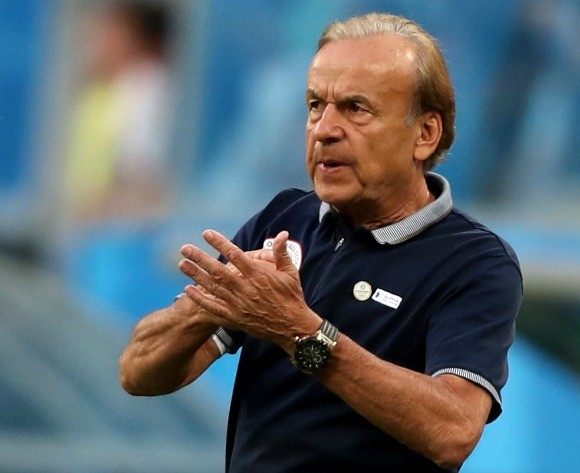 Super Eagles coach Gernot Rohr has explained reasons behind the dropping of Trabzonspor midfielder Eddy Onazi from the roster for the Africa Cup of Nations qualifier against South Africa as well as the friendly with Uganda because of concerns about his fitness.

Recall that the 25-year-old withdrew from the squad that faced Libya earlier this month due to injury, only for him to return to Turkey and be given a clean bill of health.

The midfielder has featured for Trabzonspor in all their matches since returning to Turkey and was exceptional in the 1-1 against Antalyaspor last weekend.

”Onazi had a problem with injury. He left Uyo before the match against Libya [earlier this month],” Rohr told Kwese ESPN.

“I have to be aware of the health of our players. We didn't want to do injections on Achilles' tendons before the games.”

Rohr named only three holding midfielders in the squad for the upcoming games and they are Oghenekaro Etebo, John Ogu, and Mikel Agu.

Leicester City's Wilfred Ndidi was not because of the yellow card he received in the closing minutes of Nigeria's 3-2 win over Libya in Sfax which is his second in the AFCONQ.