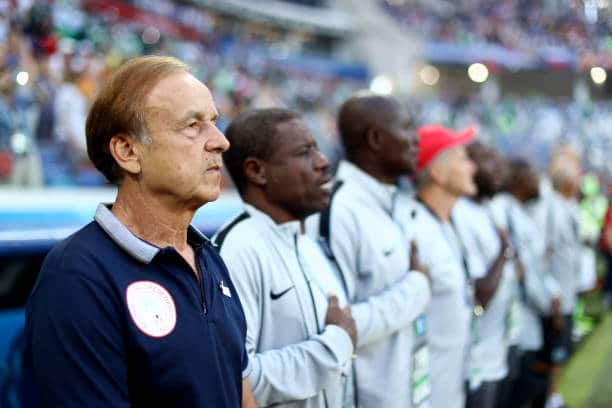 Nigeria Football Federation has reportedly refused to set any target for Super Eagles coach, Gernot Rohr ahead of the African Nations Cup 2019 in Egypt.

Sources revealed that the NFF has chosen not to set any target for the team ahead of the tournament, in order not to heap more pressure on them.

Meanwhile, the NFF President, Amaju Melvin Pinnick has confirmed the Super Eagles will play warm-up matches against Zimbabwe and Senegal.

“We have sealed the matches with the Warriors of Zimbabwe and the Lions of Teranga and these are two matches we are really looking forward to.

“There cannot possibly be a better way to get into the AFCON spirit than playing the number one –ranked team in Africa just before the finals begin.”

The Super Eagles camp in Asaba will open on 2nd June, ahead of the clash with the Warriors of Zimbabwe at the Stephen Keshi Stadium on Saturday, 8th June.

After the game, the Eagles will jet out of the country to Ismailia, Egypt where they will set up a final training camp.

SEE ALSO: The best soccer player in the world ever

And on Sunday, 16th June, Nigeria will file out against Africa’s number one –ranked team, Senegal at the Ismailia Stadium in their final tune-up match.