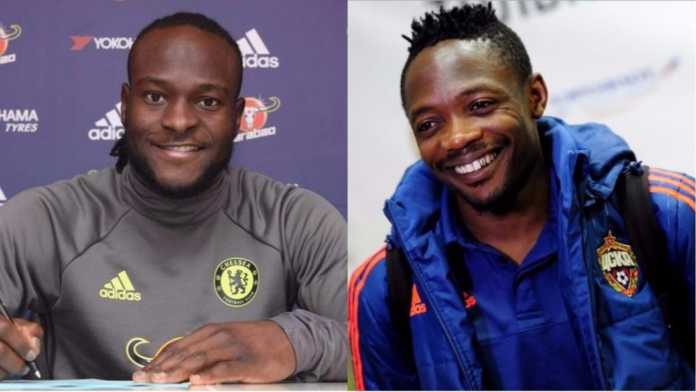 Super Eagles forward Ahmed Musa has added his voice to the number of people urging Victor Moses to quash his decision to quit international football ahead of next summer's Africa Cup of Nations in Cameroon.

Moses announced his retirement on his international career a month after the 2018 World Cup, citing family and career concerns.

Manager Gernot Rohr went scouting for Moses' replacement and at the end of the day handed a maiden call-up to Bordeaux new signing Samuel Kalu for the qualifier against Seychelles before Villarreal winger Samuel Chukwueze was invited for the games against South Africa and Uganda.

Speaking to reporters on Monday in Asaba, the Former Leicester City frontman said: ”If he wants to come back, the door is always open for him.

”Musa has become more influential for the Super Eagles since Moses retired from international duty, having had a hand in four goals in his last four games.

”The reality is that I know my country and I always have to give my best,” he added.

Victor Moses won the AFCON trophy with the Super Eagles in 2013 in South Africa and has been capped 37 times for the national team.