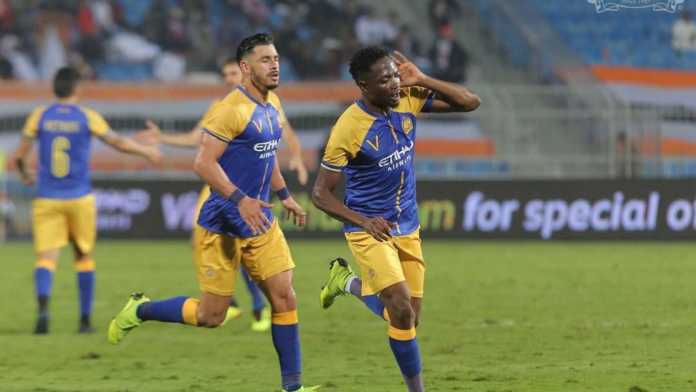 Al Nassr were reduced to 10 men in the 75th minute when Petros was sent off and the away side pressed to equalise.

Al Shabab also had a defender Djamel Benlamri sent off in the 96th minute as Al Nassr held for all three points.

The goal by the Super Eagles forward was the only of the game as both sides aimed to find the net but could not breakthrough opposing defenses.

The result took Musa and Al Nassr to 25 points from 10 matches two points behind Al Hilal who have 27 points from nine matches.

Musa and his teammates return to action when Al Nassr take on MC Alger in their second-round clash of the Arab Champions League on Tuesday, November 27.