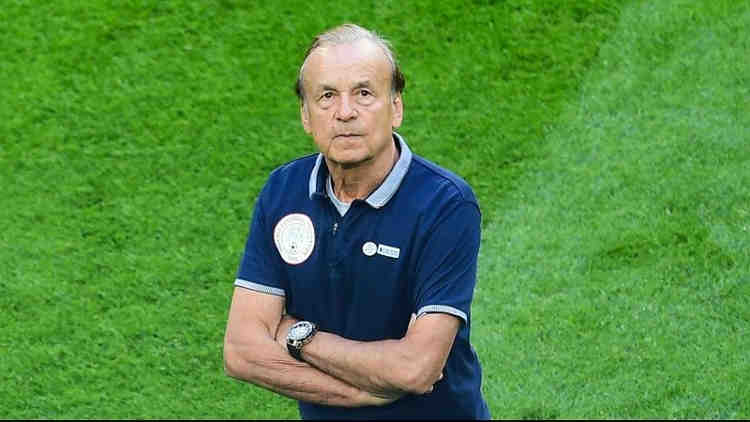 Super Eagles coach, Gernot Rohr is hopeful for a better performance vs Guinea at the ongoing AFCON.

Nigeria started their 2019 AFCON tournament with a difficult 1-0 over Burundi in Alexandria on Saturday, with Odion Ighalo netting with a tidy strike from Ola Aina’s beautiful assist after Daniel Akpeyi saved twice to prevent Burundi from taking the lead.

The 1-0 win has placed Nigeria on top of the group after Guinea and Madagascar failed to win their game, settling for a 2-2 draw.

Granting a recent interview, Rohr disclosed that he knew the match vs Burundi would be hard for his boys since half of the team battled with fever.

His words, “We could not make a better performance because the team of Burundi was well organized, especially in the first half and we did not find our rhythm. I think we worked better in the second half because it took us a long time to come into the match, just as in the first half where we didn't have opportunities to score. We knew that Burundi was unbeaten during the qualifiers.”

“In our group, I think all the matches will be tough because these teams like home-based teams don't have anything to lose. Perhaps, they know if they could organize themselves well, they will make it difficult for us.

“Our plan was to make them tire with our passes which we missed in the first half. But in the second half, it worked better. Then we had to bring in Musa and Ighalo, who could not come in at the beginning of the match, as they were sick just like Samuel Kalu.

“In our preparation, we had big problems because half of the team had virus. In the last session, we lost two players, Jamiu Collins and Samuel Kalu, and that is why we had to struggle so much to win the game.

“Credit must also go to my colleague (Burundi coach), who did a good job for his side,”

On Daniel Akpeyi, “The goalkeeper did not concede a goal, which is a good one for him and for the team. He stopped Burundi in the first half from a wonderful opportunity. If you remembered, the Burundi striker was alone and he disturbed him from scoring. In this situation, he was really good.

“Then we know sometimes he also makes mistakes like what happened, especially when he had the ball and he wanted to quickly play it. I didn't like it but I believe he will try to make it better next time.”

“In the last three weeks, he was really so good during the training sessions and that is why today he is our number goalkeeper.”