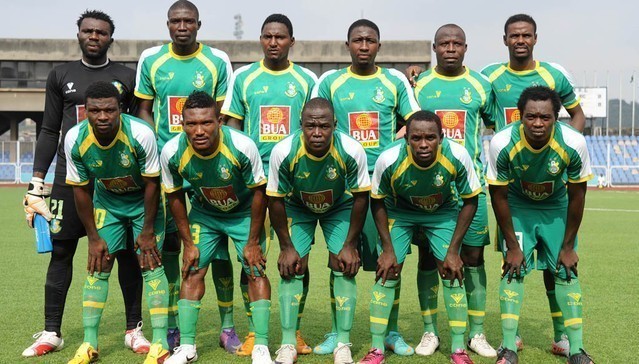 Kano Pillars players, backroom staff and the technical crew have arrived Benin today ahead of the  Aiteo Cup final against Rangers International on Wednesday 24th October 2018.

Recall that the last time  Kano pillars played in the finals was far back in 1991, where they lost to El-kanemi warriors.

These will be the second time Pillars will be playing in the final of one of the most exalted tournaments in the Nigerian Football.

It’s left to be seen if they can make history by winning the cup for the first time or history will prevail over the team losing again in the final.

Meanwhile, the opponent Enugu Rangers International have lost in the finals in four different occasions.

While the last time they won the Aiteo cup was far back in 1983.

It’s been thirty-five years of being torphyless for Rangers and also Twenty-eight years for  Kano pillars as far as Aiteo cup is concerned.