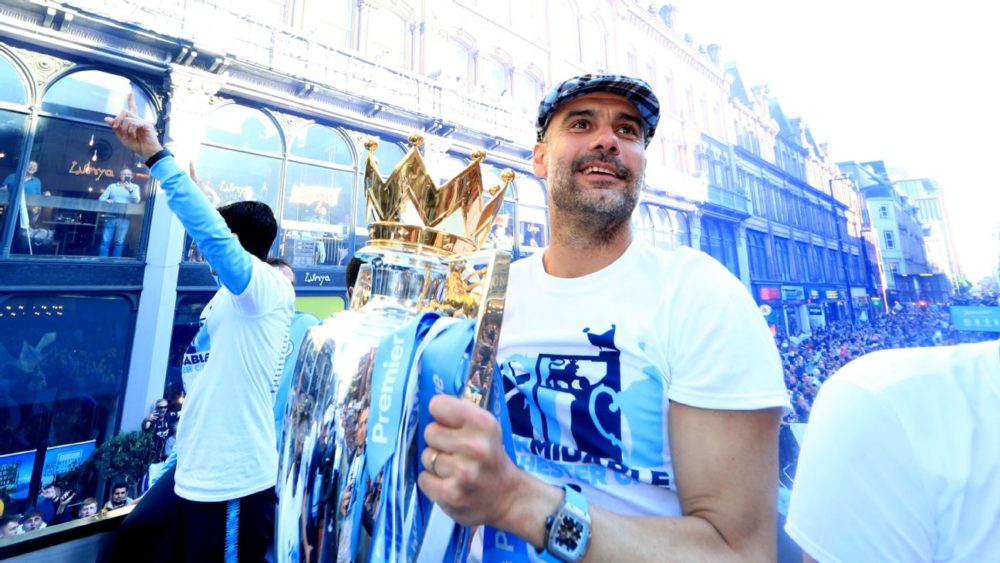 Manchester City are focused on recruiting in a few positions this summer – but one area is more critical than the rest.

A shocking statistic underscores the reason City urgently need a new centre back this summer.

The Blues are understood to be in the chase for Leicester and England stopper Harry Maguire, with captain Vincent Kompany leaving to become player-manager at Anderlecht.

That has left a gaping hole in the City defence – and the stats bear that out.

And with Nicolas Otamendi’ s future still up in the air, City are intent on adding a central defender to their squad.

Last term, the Blues won 94.4% of games in which Kompany played, and that figure plummeted to 76.7% when he did not play.

That stark contrast was one reason that Pep Guardiola did not hesitate to throw Kompany into the fray after City suffered a mid-season wobble with back-to-back defeats by Crystal Palace and Leicester.

In fact, when you look at the permutations of the City centre backs over the last two campaigns, Kompany and Laporte have been consistently the best.

With those two paired at the heart of the defence, City have won 92.6% of their games in all competitions.

The next best pairing is Kompany and John Stones, with 87.5%.

At the commencement of last season, Guardiola chose to go with the young combination of Laporte and Stones, which has been earmarked as the future rock of the team.

So it may be startling for him that this partnership has easily the worst stats, winning just 61.9% of games.

If Otamendi stays he would ensure there is still an old head in the mix.

And his partnerships with both Stones and Laporte have a much better track record than when the two younger men are in harness together.

That is why City are hoping that Otamendi will re-consider.