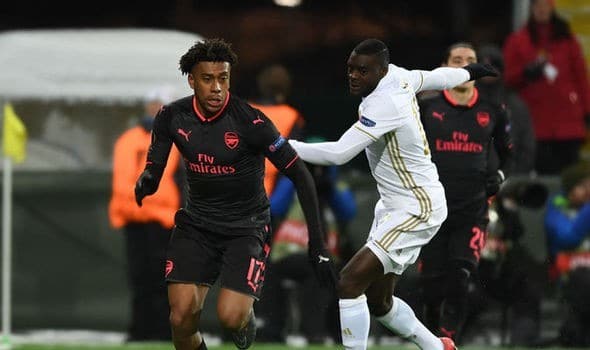 Alex Iwobi ranked third among the top 20 U-25 players in Europe in a recent data released by Football Whispers.

The footballers were ranked according to their ages, minutes played and the contributions made from open play for their respective teams.

According to the data, Iwobi’s contribution in open play with Arsenal is currently at 0.43, with 1,242 minutes played so far this season.

Wolverhampton Wanderers midfielder Diogo Jota is in No. 1 position following his impressive season under Nuno Espirito Santo side at the Molineux.

Other Premier League stars in the list are Tottenham's Dele Alli who is behind Iwobi in fourth as well as Manchester City's Bernardo Silva in fifth.

David Brooks of Bournemouth lies in tenth while Leicester City's James Maddison occupy the 20th position on the list.

The Super Eagles attacker has played 29 matches in all competitions for Arsenal this season scoring two goals and creating four assists under Unai Emery.

The 2014 FIFA World Cup winning star has been one of the most improved players for the Gunners under the Spanish boss, earning him 14 starts and eight substitute appearance in the Premier League.

The 22-year-old was an unused substitute in their 3-1 defeat to the Citizens in Sunday's EPL clash at the Etihad.