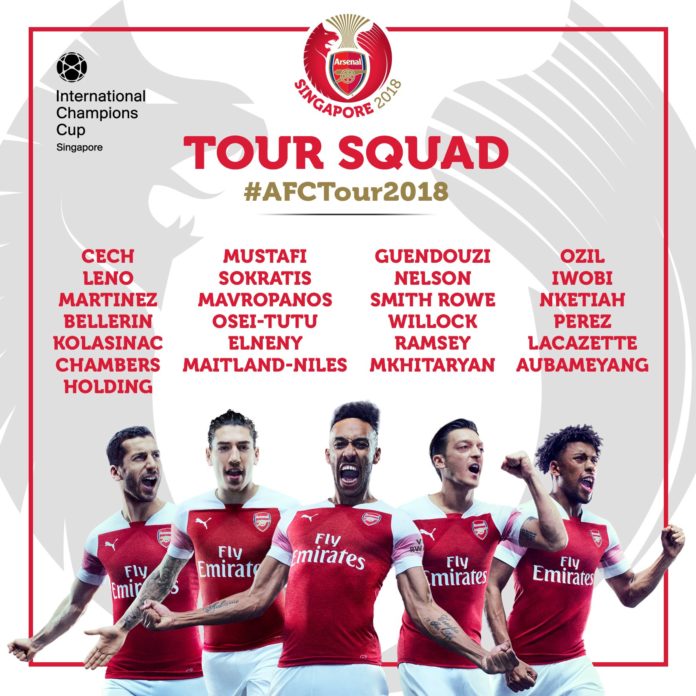 Arsenal have confirmed a summer move is on the way for 22-year-old Chuba Akpom, with the player left out of the Arsenal 25-Man Tour Squad to Singapore.

The Super Eagles hopeful, who trained with the Nigerian National Team in March 2017 along with Ola Aina, is close to completing a switch to Belgian First Division club, Sint-Truiden, the Independent UK reports.

The Hale End Academy product made his professional debut for Arsenal in a Premier League clash against Sunderland in September 2013 and is set to depart the club with twelve first team appearances under his belt.

Alex Iwobi, on the other hand, will be in Arsenal's 25-man squad travelling to Singapore even though he missed the start of pre-season training due to his participation in the 2018 World Cup.

According to Arsenal's official site, the squad leaves London on Sunday to play two games in Singapore as part of the International Champions Cup.

The Gunners y will face Atletico Madrid on Thursday, July 26 before taking on Paris Saint Germain on Saturday, July 28.