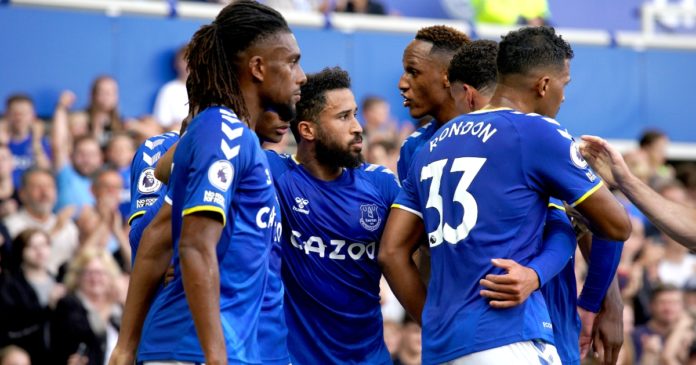 Super Eagles midfielder, Alex Iwobi was at his best mettle as Everton defeated Norwich 2-0 in the Premier League on Saturday.

The Nigerian international, who was making his sixth appearance for the Toffees, played for 89th minutes before being substituted by Lewis Dobbin.

Townsend put the hosts in front with a 29th-minute penalty, awarded after referee David Coote watched replays back pitchside of Ozan Kabak’s challenge on Allan.