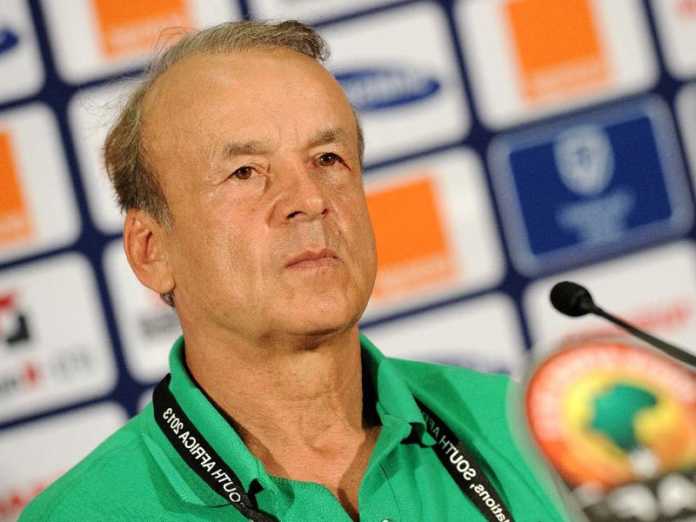 Algeria has shown interest in Super Eagles manager Gernot Rohr for the country’s National Team coaching job, according to reports.

Algerian sports newspaper Le Buteur is reporting that the headship of the Algerian Federation, including president Kheiredine Zetchi, have Gernot Rohr’s name shortlisted as one of the candidates to replace Madjer.

Rohr contract was just extended with Nigeria before the World Cup until 2020, but there are claims that there is a clause allowing him to negotiate his departure after the competition in Russia.

The French speaking coach is conversant with African football having handled Niger, Burkina Faso and Gabon national teams and knows the mindset of Algerian players as he has managed French clubs Bordeaux, OGC Nice and Nantes.