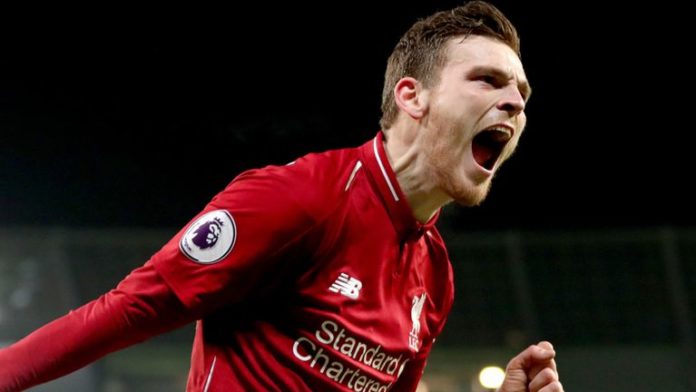 Rew Robertson has been awarded a new long-term deal that reflects the exceptional progress he has made since establishing himself as Liverpool's first choice left-back.

Robertson is now considered as one of the top players in his position in the Premier League and Liverpool have rewarded his development by revamping his contract to echo his status.

Liverpool's Sporting Director, Michael Edwards, was in discussions with Robertson's representatives for a prolonged period.

Edwards has been busy over the last one year tying down Liverpool's leading performers and in that period Mohamed Salah, Roberto Firmino, captain Jordan Henderson and Joe Gomez have all extended their contracts.

Liverpool will now move on to wrapping up a new deal for right-back Trent Alexander-Arnold, whose form has been likewise progressive.

Alexander-Arnold has signed two deals in the last 18 months but since his last deal was negotiated, he has become a full member of England's squad and played in a Champions League final.

The 20-year-old is currently sidelined with a knee ligament issue which only came to light after last weekend's 1-0 win at Brighton.

Jurgen Klopp's side has been stretched by a number of injuries but the manager could have Adam Lallana available on Saturday when the league leaders host Crystal Palace after he returned to full training.