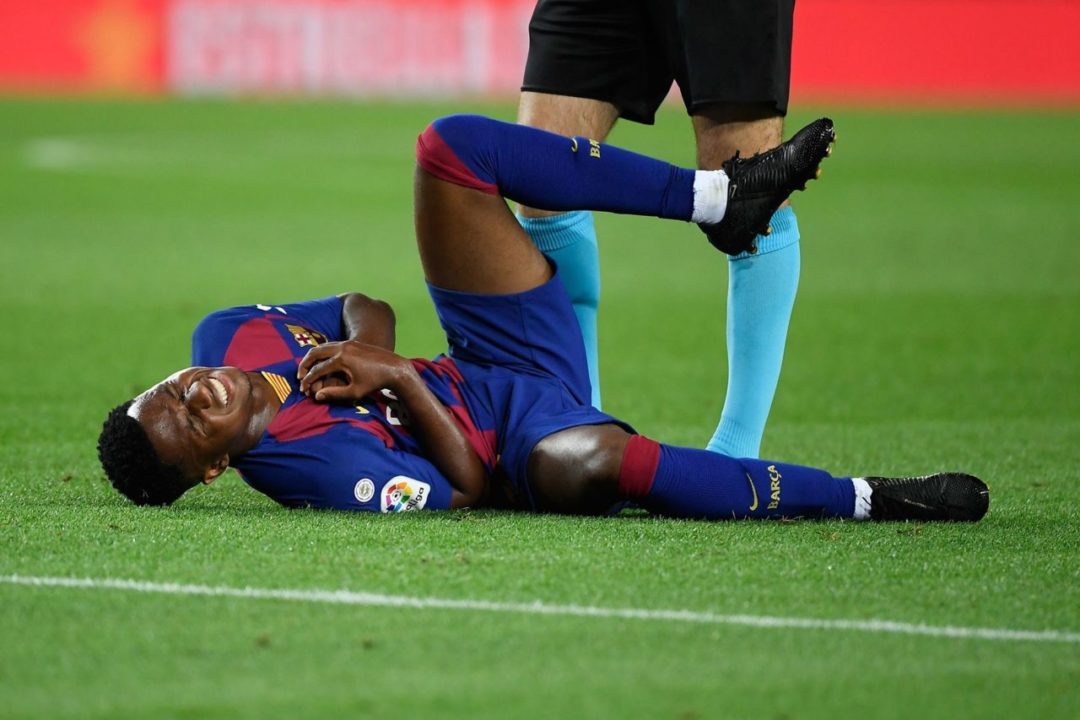 Barcelona star forward Ansu Fati is set to miss four months of action with a knee injury – meaning he will sit out the majority of the current campaign.

The LaLiga giants confirmed the timeframe of the injury in a statement released on Monday, after the 18-year-old underwent surgery earlier in the day.

Now according to El Mundo Deportivo, it has been estimated that the teenager will miss a whopping 30 matches for Barca, but could be available to return in time for theoretical Champions League quarter-finals and a Copa del Rey showpiece.

Fati would also sit out every round of the Copa del Rey apart from the final, while he will also miss the remainder of the Champions League group stage and the Round of 16.

The teen is now one of the established attacking players at the club along with Lionel Messi and is aiming to establish himself ahead of the likes of Antoine Griezmann, Ousmane Dembele and Francisco Trincao.