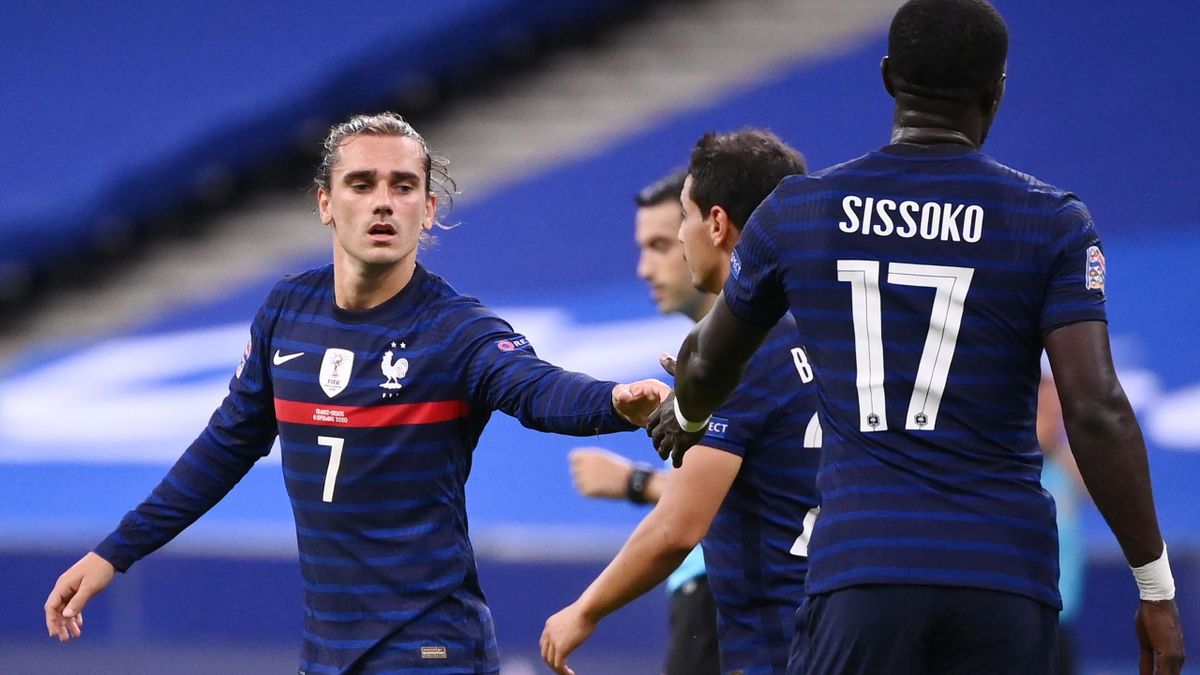 France manager Didier Deschamps has revealed that Antoine Griezmann's place in the National team is not a given.

The Barcelona forward notched 15 goals in 48 appearances for the LaLiga giants last season but is yet to open his account this campaign.

Deschamps has conceded that the 29-year-old's impressive record for France does not ‘guarantee' him a spot in the starting XI.

‘'I know you're looking at the last game, but look at his stats: 81 caps, 32 goals, 21 assists. It speaks for itself,' he said ahead of France's clash against Croatia on Wednesday night.

‘'It doesn't guarantee him anything, like some other players who could have done better against Portugal. I know his talent and what he can give to the team.'’

The striker joined Barcelona in a £108million deal last year but is reportedly frustrated at being asked to play out wide by new manager Ronald Koeman and wants a more central role alongside Lionel Messi.

Deschamps claimed last week Griezmann was ‘unhappy' with his playing role at the Nou Camp.

The World Cup winner has been utilised on the right with Messi and Philippe Coutinho playing through the middle and Ansu Fati on the left.