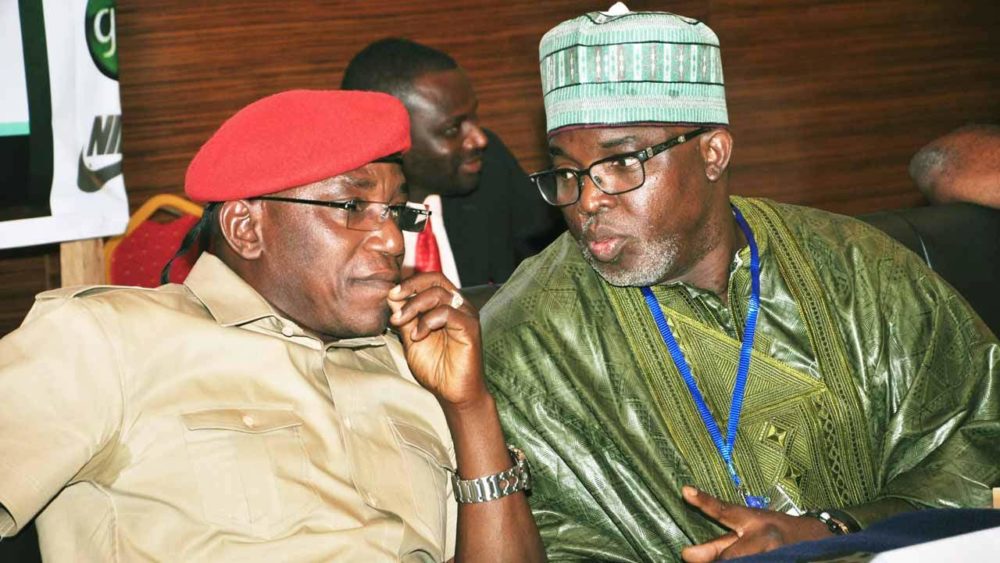 The Nigeria Football Federation (NFF) officials are angry over the exclusion of the cost of prosecuting the 2019 African Nations Cup in the Ministry of Sports’ budget by the immediate past minister, Solomon Dalung.

Unlike the World Cup in which FIFA gives funding for every team’s preparation and participation in the tournament, teams in the African Nations Cup take care of their contingent’s logistics excluding accommodation, internal transportation and feeding, which is the duty of the host country.

An NFF official told journalists at the weekend that the federation had been forced to scramble for funds a few weeks before the Nations Cup scheduled for Egypt.

The source said, “we duly submitted our budget to the ministry, but we understand that it was removed by the immediate past minister, Solomon Dalung. The problem is that we only discovered that our budget was not in the envelope submitted by the ministry a few days ago.”

Reacting to the accusation that the ministry yanked off NFF’s package from its 2019 budget, the ministry’s Permanent Secretary, Olusade Adesola said the ministry should not be held culpable if the NFF’s expense is not in the federal budget because the ‘Federation is an independent parastatal.’

According to Adesola, “the NFF is responsible for its own budget, which in most cases is incorporated in the Sports Ministry’s envelope. If the NFF did not submit its budget, it is not the ministry’s fault.”