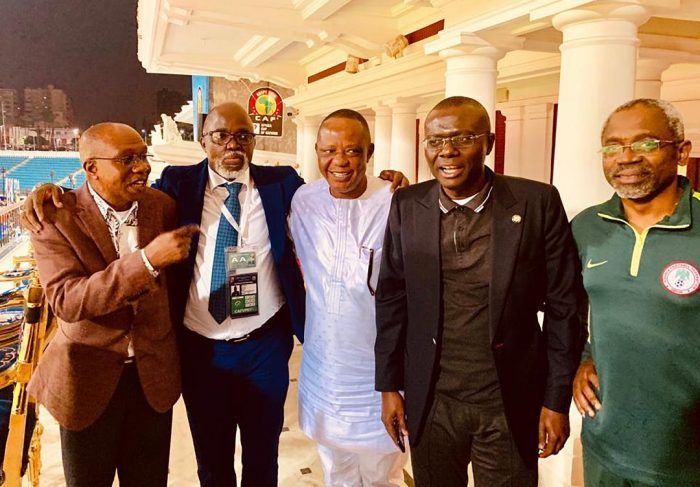 Lagos’ All Progressives Congress (APC) has defended Governor Babajide Sanwo-Olu over the N41 million donation to the Super Eagles for defeating Cameroon in the ongoing African Cup of Nations (AFCON) in Egypt.

Its publicity secretary, Joe Igbokwe, stated yesterday that “the governor has his eyes on the development of sports” in the country, especially football.

Critics had argued that the money could have been used to fix some roads dotting the state’s landscape, renovate schools and equip security officials in the state. Some even said he was giving money to rich footballers who were paid in United States dollars.

“Lagos APC will not join issues with those who complained about the donation because Sanwo-Olu holds Lagos in trust for more than 20 million citizens.

“The governor is also entitled to do what he did to encourage the players who defeated the defending champions, the Indomitable Lions of Cameroon.

“The action is not about whether the players are rich or not, but a normal thing.”

The party added that Sanwo-Olu, as one of the delegates assigned by President Muhammadu Buhari to boost the morale of the players, had to play the politics of football.