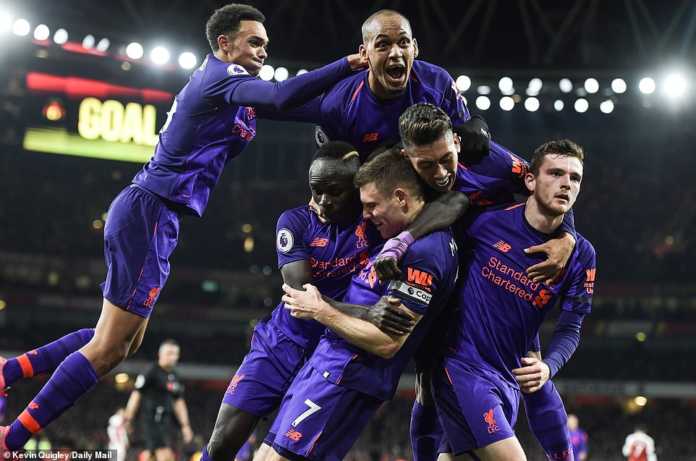 Arsenal came from behind to draw level with Liverpool as Jurgen Klopp's men maintain their unbeaten start to the season.

Sadio Mane thought he had broken the deadlock in the first half but was called for offside as he tapped in a rebound.

Alexander Lacazette also had his own effort ruled out for offside just before the break.

James Milner scored his third goal of the season and 50th in the Premier League as he gave Liverpool the lead 15 minutes into the second half.

Lacazette got his goal when he superbly fired Arsenal level with under 10 minutes remaining at the Emirates.