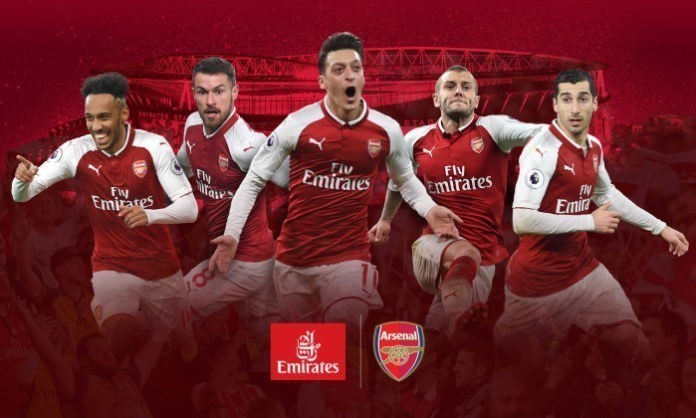 Gunners supporters are eagerly awaiting to see what their new shirt for the 2019/20 season will look like, but is this leaked image the real deal?

A photo showing the alleged Arsenal 2019/20 Adidas Shirt design appeared on social media at the weekend and it remains unconfirmed whether this is the final design.

The jersey is most certainly an upgrade on the rather bland strip they have been wearing this season, with subtle patterns blended into a shade of maroon that is darker than the traditional Arsenal red, while the sleeve cuffs and collar are trimmed with navy blue and gold, complete with the trademark three stripes of adidas.

Puma became Arsenal's kit supplier in 2014, taking over from Nike and Arsenal fans will look forward to a revamp in their designs, with their past five home shirts lacking in variation and creativity.

What do you think?? #AFC pic.twitter.com/NYyOCx89dX

SEE ALSO: Liverpool Crown Paints Shirt: See What This Designer Did With It

A deal with adidas was agreed back in October, worth £300million over six years and will start on July 1.