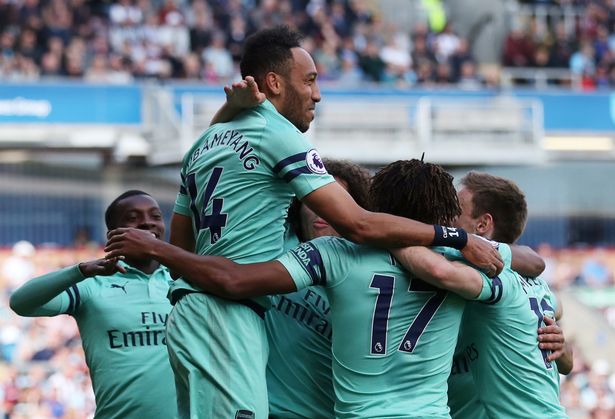 Arsenal reportedly want to sign Crystal Palace winger Wilfried Zaha this summer but are only ready to part with £40million for his services – half of the £80million asking price the Eagles want for their prized asset, according to The Sun.

Zaha wants to leave Selhurst Park in order to play Champions League football, and Arsenal will need to qualify for next season’s campaign by winning the Europa League final in other to have a chance of landing him.

Gunners’ boss Unai Emery needs to boost his attack after his side finished the Premier League campaign in fifth place.

And adding an explosive winger like Zaha to a frontline that already boasts of Pierre-Emerick Aubameyang and Alexandre Lacazette can help the Gunners break into the top-four.

Manchester United boss Ole Gunnar Solskjaer, who once compared the Palace star to a young Cristiano Ronaldo is also eager on a summer move for the Ivory Coast international, but can the Red Devils meet the club’s £80million valuation?

Zaha netted 10 league goals and assisted five in 2018-19, and he certainly will help make the Gunners better with the quality he offers in the final third.

However, Arsenal’s planned £40million bid might not be sufficient to tempt Palace into selling.