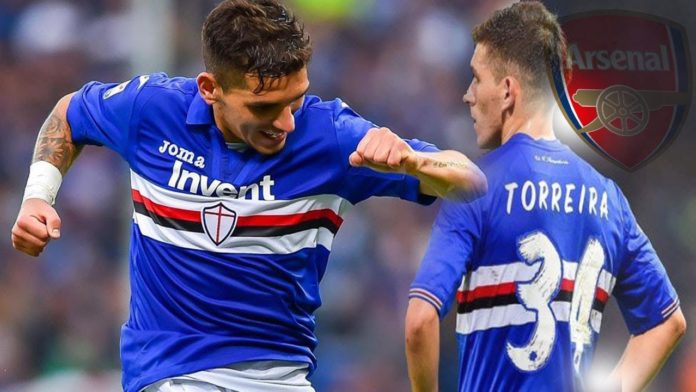 Arsenal have confirmed that the signing of Sampdoria midfielder Lucas Torreira has been completed.

The Gunners have been heavily linked with the 22-year-old for some weeks now, but a deal has been held up due to Uruguay reaching the FIFA 2018 World Cup quarter-finals.

However, four days on from their exit from the tournament, Arsenal are now in a position to announce the arrival of the player for an unrevealed fee.

Manager Unai Emery told the club's official website: “In Lucas Torreira, we have signed a young player who is a very bright talent in the game. A midfielder with great quality, I have enjoyed watching his performances for Sampdoria in the past two seasons, and we all saw him do very well for Uruguay in the World Cup.

“He is a young player already with good experience, but who wants to keep on growing. We welcome Lucas to Arsenal and look forward to him joining us soon for pre-season.”

Torreira will not link up with Arsenal until August following a period of rest after the ongoing World Cup in Russia.