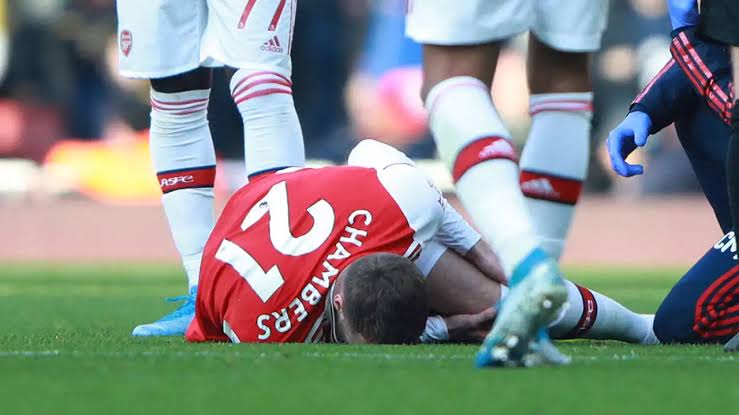 Arsenal defender Calum Chambers has been ruled out for between six and nine months after rupturing the anterior cruciate ligament of his left knee against Chelsea on Sunday.

The Gunners confirmed the injury in a statement released on their official website on Thursday.

The 24-year-old, who has made 18 appearances in all competitions this season, has already undergone successful surgery on Thursday.

An Arsenal statement said: “Further to the injury sustained during the match against Chelsea on Sunday, we can confirm that Calum ruptured the anterior cruciate ligament of his left knee.

“Calum has had successful surgery in London on Thursday morning. The rehabilitation process is expected to take between six to nine months.

“Everyone at the club will be supporting Calum to ensure he is back on the pitch as soon as possible,” Arsenal stated.

Following the injury to Chambers, when asked what fans can expect from Arsenal in the winter window, new manager Mikel Arteta said: “That we will try to be in the market to see options that can strengthen the team.

“Obviously we have a bad injury with Calum a few days ago that will change our plans at the back.”

The Arsenal manager added: “The reality is we will not be able to do much. I’m more concerned about getting players back from injury and try to improve the players I have here.