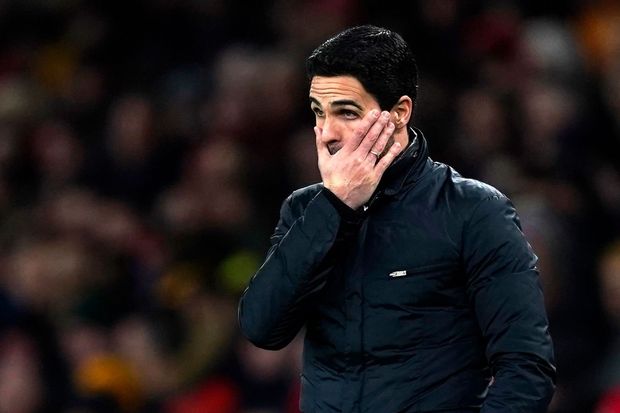 Mikel Arteta has tested positive for the coronavirus – and that is set to push the Premier League into postponing this weekend’s fixtures.

The Premier League has called an emergency meeting on Friday morning and clubs will ask for games to be called off with football heading into meltdown.

Gunners’ game at Brighton on Saturday has now been postponed with Arteta and the club’s entire first-team squad ordered into self isolation along with more than 100 staff while the training ground has also been closed.

The Arteta development has finally pushed the Premier League into taking action with several clubs annoyed they have not done more already as they believe it is inevitable the bug will sweep through football as it has done in Italy and Spain.

Arteta is understood to have felt ill a couple of days ago, displayed some symptoms and then underwent a test which tested positive.

The illness is understood NOT to be related to have been caught from Olympiacos Evangelos Marinakis who also had the illness and was at the Emirates for their Europa League tie two weeks ago.

Staff and players were put into self isolation after that and also Arsenal’s game at Manchester City on Wednesday night was postponed.

Arteta is understood to be confident of making a full recovery, is very fit and is just disappointed that it has happened.