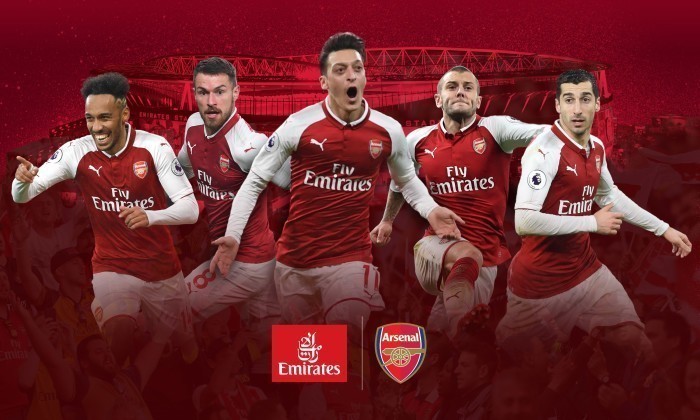 The Brazil wonderkid is viewed as one of the most gifted young midfielders in the world and Unai Emery is desperate to bring him to the Emirates, according to Tuttomercatoweb.

The youth level Brazil captain has a release clause in his contract worth a monstrous £60million.

The 17-year-old  plays with elegance and style and has been dubbed a ‘Kaka clone’ after Milan and Brazil’s former Ballon d’Or winner.

However, midfielder Reinier revealed he grew up admiring and hoping to copy a different midfield legend.

“I’m heavily inspired by [Zinedine] Zidane,” he said. “I’ve watched a lot of videos on the internet of him playing.

“I’m always trying to execute plays as he did.”

It is unlikely Gunners will be able to afford Reinier’s release clause, however, given they will supposedly have a transfer budget of just £40million this summer.

Arsenal finished fifth in the Premier League and in their last chance of qualifying for the Champions League, the Europa League final, Emery’s side were defeated 4-1 by Chelsea to face a third consecutive season outside Europe’s premier cup competition.