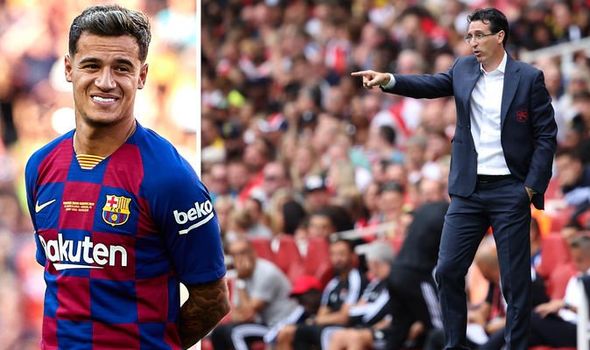 Arsenal are reportedly closing in on the loan signing of Philippe Coutinho, according to L'Equipe.

However, French football journalist Julien Laurens insists Arsenal have never been in for the Brazil international.

The 27-year-old Coutinho, who has struggled at the Camp Nou following his £146m move in January 2018, has been heavily linked with a move to PSG in recent weeks.

With the Brazil international under contract at Camp Nou until 2023, a permanent exit was always unlikely this summer.

However, L'Equipe write that he has agreed a deal to join the Gunners on a season-long loan, with Head of Football Raul Sanllehi thought to have been pivotal in convincing his former employers to agree to the move.

Yet Laurens claims that the rumours are false and that the attacking midfielder has never been on Arsenal's radar, with the north Londoners focused on recruiting a new centre-back instead.