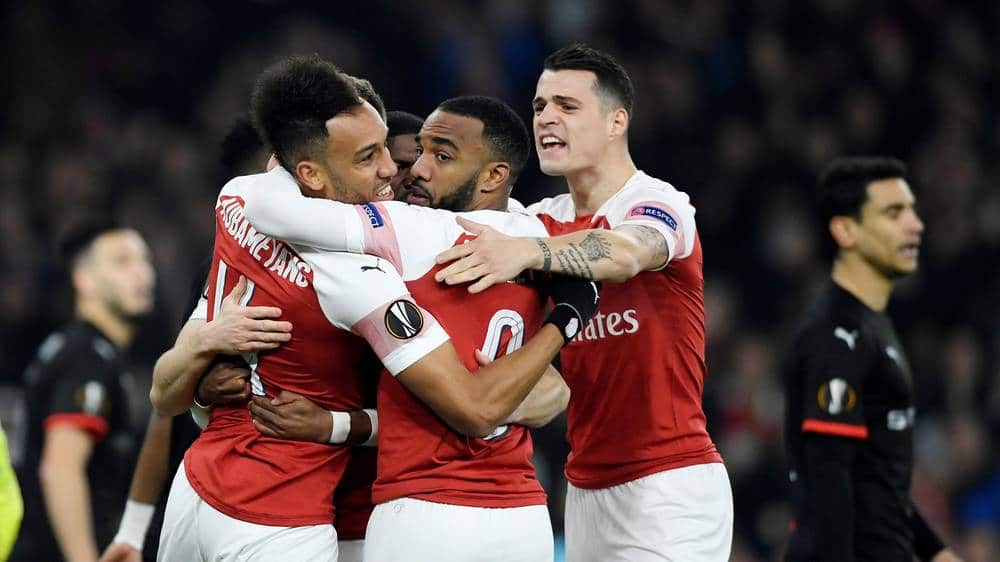 Arsenal are prepared to dispose of Carl Jenkinson, Mohamed Elneny, Shkodran Mustafi, Henrikh Mkhitaryan and Mesut Özil this summer, according to a report.

As per Goal, the Gunners are looking for buyers for Jenkinson and Elneny, whilst also encouraging offers for Mustafi and Mkhitaryan.

Likewise Özil, but they view him as harder to shift given his yearning to stay and a reported lack of outside interest.

As for Jenkinson and Elneny, this isn’t exactly shocking. The duo have seven Premier League starts for the season combined, and neither have particularly impressed in that limited game time.

Jenkinson’s contract has a year left, whilst Elneny’s runs until 2022, but it seems both are on the way out.

Mkhitaryan and Mustafi have been regulars in the team this term, making 39 and 40 appearances in all competitions respectively.

Even so, their performances have been mixed at best, and the Gunners are looking to upgrade in each of their positions this summer.

As for Özil, it has nothing to do with poor performances, Arsenal just don’t feel he’s worth £350,000-a-week to them.

We’ll see if there’s any serious outside interest for the five as time go on.