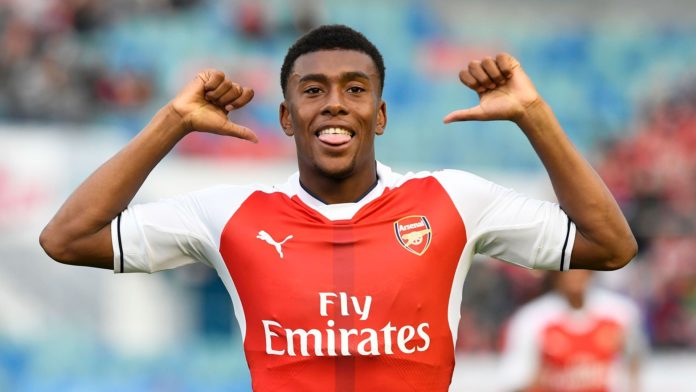 Arsenal are all set to sell multitalented attacker Alex Iwobi this summer for £22m.

The 22-year-old came through the youth system at Arsenal, and has had 98 appearances for his London club.

Iwobi has been a regular for the last two seasons, but his future at the Emirates Stadium has been thrown into uncertainty following the arrival of Unai Emery as Arsenal manager.

Iwobi is available for £22m this summer according to Il Messaggero, and Italian giants Lazio presently lead the interest.

The Nigeria international scored three times and registered seven assists in 39 appearances in all competitions for the Gunners during the 2017-18 campaign.