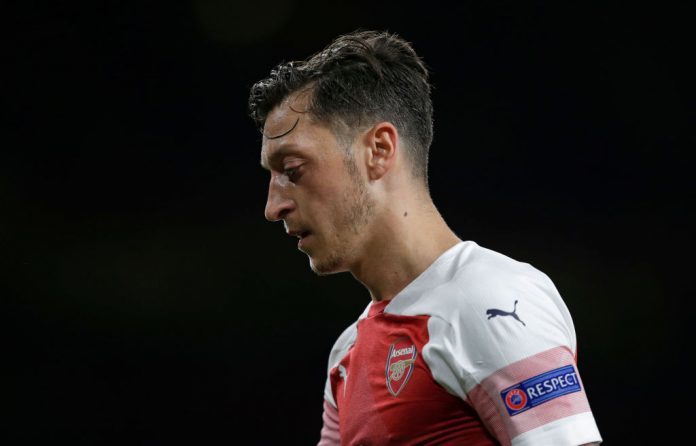 The football finance guru has suggested a way the midfielder could leave north London.

In an exclusive interview with Starsport, Maguire said: “They could do some sort of swap deal between him and [Adrien] Rabiot.”

The football finance expert believes a swap deal with Ozil would benefit both clubs financially.

“It would suit both clubs,” Maguire continued.

“PSG have to tread carefully because of financial fair play issues.

“So if both have got money going out the door, it works for their finances.”

Maguire also said Ozil could be involved in a swap deal with rivals Manchester United for Alexis Sanchez.

The German has made more than 200 appearances for the Gunners but he could be leaving soon.

Unai Emery has very little room to manoeuvre in the January transfer window as Maguire revealed how much he has to spend.