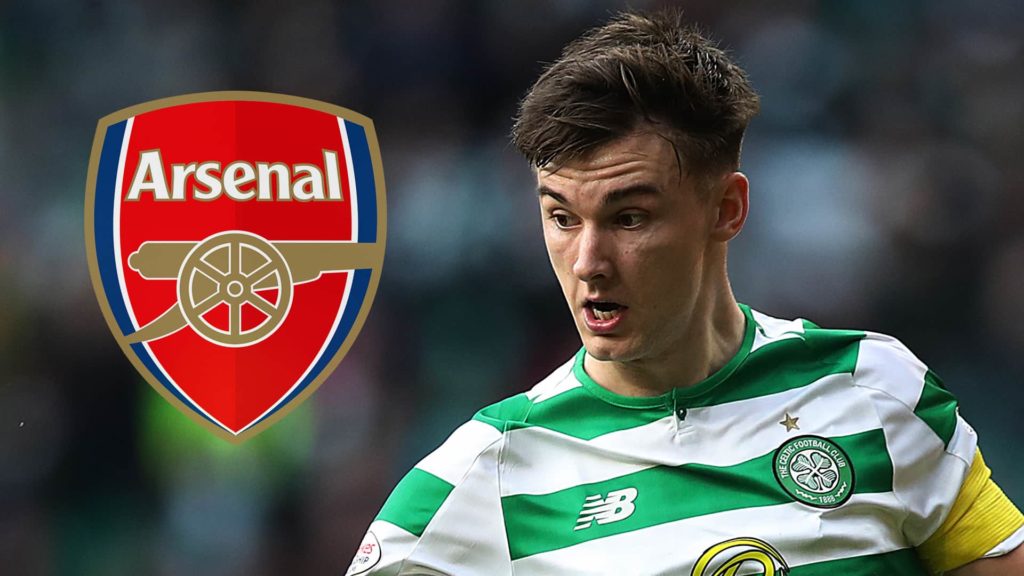 Arsenal are set to make a third bid for Celtic defender Kieran Tierney as they go all out to tempt the Scottish Champions to sell their prized asset this summer by offering more money upfront and a sell-on clause.

Celtic are standing firm over the Scotland international, and have already rejected bids worth both £15m and £25m from the north London club.

Express Sport understands that Unai Emery’s bosses are not giving up yet, and are about to submit a third offer with improved terms surrounding the initial fee.

The offer will include far less add-ons than the previous two proposed deals and included a small sell-on percentage, but if this deal is rejected then the club will give up and pursue other targets.

The 22-year-old has so far stayed silent on his possible exit, but former England striker Darren Bent is certain that he wants to join Gunners in the coming days.

“He’s desperate to leave Celtic and join Arsenal in the Premier League, I’m sure of that,” Bent told Football Insider.