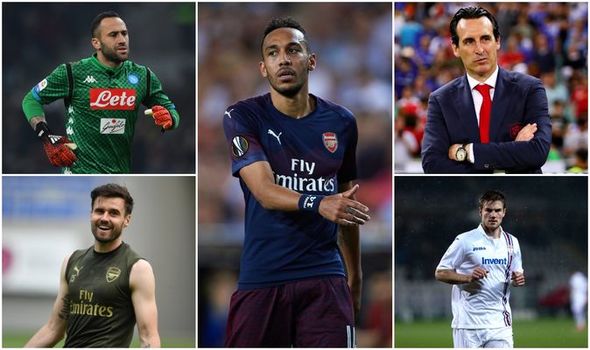 Speculation has picked up that Arsenal are determined to sign Celtic defender Kieran Tierney and the rumours have taken a positive turn for the Gunners.

Yesterday we told you that the Gunners were planning to offer one of four players to the hoops to sweeten any deal, however, the list of names included three youngsters in addition to Carl Jenkinson and it was the inclusion of the three players that was a little worrying.

Fast forward, it is now being reported that the Gunners will offer just Carl Jenkinson and cash in a bid to convince Celtic to sell.

That is far better, as we revealed yesterday it would have been an error to include Arsenal's young stars in any potential deal but offering just Jenkinson makes far more sense for both clubs.

Celtic manager Neil Lennon is said to be an admirer of the Arsenal outcast and hopes of a deal being achieved have risen.

It would suit Jenkinson because there would be far more opportunities for first team football, it suits Celtic because they get an experienced player as well as cash and it suits Gunners because they land one of the best players in Scottish football.

Clearly, this could all change but as things are right now what Gunners are reportedly ready to offer looks like it could be too good for Celtic to refuse.