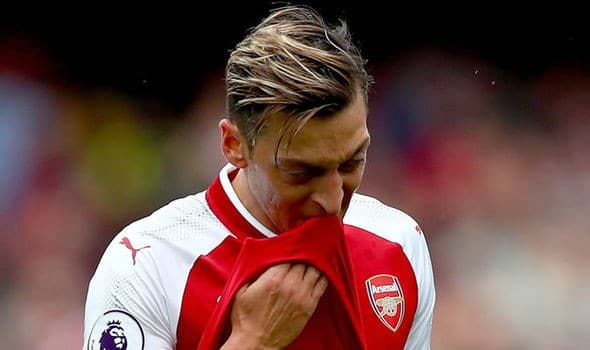 A transfer budget of £40m affected by the lack of Champions League football and restricted by a damaging wage bill, that’s the fate of Arsenal.

But the Gunners know that player sales will give them more room to manoeuvre.

And no exit would both raise their budget and ease their wage concerns like that of Mesut Ozil.

To that end, the London Evening Standard report that Unai Emery ‘is open to selling’ the German this summer.

He ‘is happy to stay’ and Arsenal ‘are not actively trying to force Ozil out,’ but if ‘a suitable buyer’ emerges then he will likely leave.

What will the Gunners spend the money on? A Spaniard called F. Torres.

With Wilfried Zaha rated at £80million by Crystal Palace, the search for ‘cheaper alternatives’ is in full swing.

It has taken them to Ferran Torres, who has three goals and two assists in 18 starts in what has been his first full season of professional football.

Torres ‘could be prised away for approximately £25m if a future sell-on clause is included in any deal’. Leicester are also interested.